The new President of Colombia has taken office 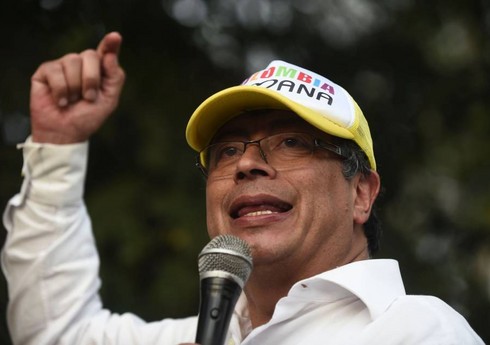 In Colombia, Gustavo Petro, who was elected as the President of the country from the “Historical Pact” coalition of leftist parties, began to exercise the powers of the head of state.

About it “Report” reports with reference to the TV channel.

He is the first President representing the left forces of Colombia.

“I swear to God, I promise the people that they will faithfully follow the provisions of the Constitution and laws of Colombia,” the new head of state said at “Bolivar” Square in Bogota, where the swearing-in ceremony was held.

50.4% of voters voted for Petro in the 2022 elections. His main opponent, Rodolfo Hernandez, who represents the “League of Rulers Against Corruption” political movement, received 47.3% of votes.

NEWER POSTAfter the cease-fire began, rockets were fired from Gaza into Israel
OLDER POSTThe cease-fire regime in Gaza will come into effect today