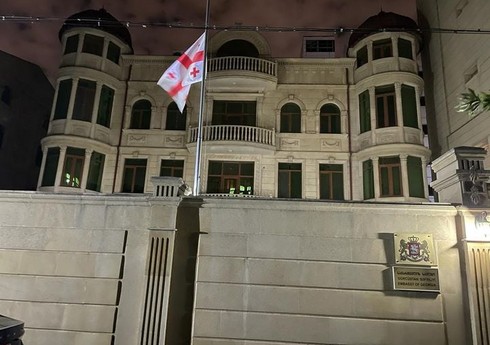 The national flag was lowered in the building of the Georgian embassy in Baku.

“Report” reports that according to the decision of the Georgian government, July 30 was declared a day of mourning in this country due to the tragedy that occurred in Gudauri on July 29 and resulted in human casualties.

It should be noted that a Mi-8 helicopter crashed in Tetri Aragvi valley yesterday. 8 people died as a result of the incident. An examination will be conducted to determine the cause of the accident.

4 of the dead are crew members, and the other 4 are rescuers and medical workers.

A young man was hit by a motorcycle in Baku

A traffic accident that resulted in injuries occurred in Baku. "Report"According to the information, the incident was recorded in Surakhani district of the capital. A ... Read More

A mother and her young son were hit by a car in Baku. According to "Report", the incident was recorded in Sabunchu district. Sabina Mammadova, ... Read More