The Ministry of Foreign Affairs of Georgia called on Russia 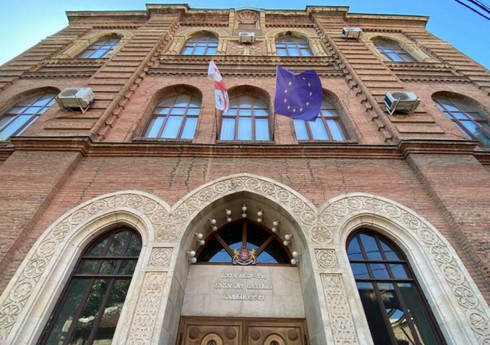 Russia does not comply with the cease-fire agreement of August 12, 2008 brokered by the European Union, and the occupied Georgia continues to expand its illegal control in the regions.

“Report” reports that this was included in the statement of the Ministry of Foreign Affairs of Georgia.

It was noted that gross violations of fundamental human rights, ethnic discrimination and the violation of the right of hundreds of thousands of internally displaced persons and refugees to return to their homes in Abkhazia and Tskhinvali regions of Georgia continue to be a heavy humanitarian burden of Russia’s illegal occupation.

It was emphasized that, despite the unrestricted access of international human rights protection organizations and the deployment of international security mechanisms, as well as the mandate of the mission, the entry of the EU monitoring mission into the regions of Abkhazia and Tskhinvali is unfortunately still obstructed by the occupying power.

“Against this difficult background, in the decision of the European Court of Human Rights on January 21, 2021 regarding the 2008 Russia-Georgia war, the Russian Federation’s occupation of Georgia’s Abkhazia and Tskhinvali/South Ossetia regions, and its effective control over them, were legally confirmed. , brought responsibility for the gross violation of human rights and freedoms. This decision, which gave the first legal assessment of the 2008 Russian-Georgian war, shows that the long-term efforts of the Russian Federation to avoid legal responsibility for the illegal occupation and its consequences are ineffective.

It was emphasized that Georgia continues to implement the policy of peaceful settlement of the Russian-Georgian conflict and strives for the integration and peaceful development of the country, the restoration of trust between societies divided by the occupation line, and the establishment of a European future. uses legal means.

“Georgia is grateful for the international community’s unwavering support for the country’s sovereignty and territorial integrity, and appreciates the contribution of international partners in the process of peaceful settlement of the Russian-Georgian conflict. This support is of particular importance at this time when Russia continues to violate the principles of international law with its military aggression against Ukraine and attacks the security of Europe.

The Ministry of Foreign Affairs urges the Russian Federation to stop illegal and provocative actions against Georgia, to respect the sovereignty and territorial integrity of Georgia, to fulfill its obligations to the European Union under the ceasefire agreement of August 12, 2008, to withdraw its military forces, withdraw from the territory of Georgia and calls for changing the illegal decision to recognize the independence of the occupied territories.

The Ministry of Foreign Affairs calls on the international community to direct joint efforts towards the liberation of Georgian territories from occupation, the return of internally displaced persons and refugees to their homes, and to take effective steps to ensure peace and security in Georgia and the region as a whole.

Deputy Minister of Foreign Affairs of Turkey: “We wish the people of Azerbaijan patience”

On the initiative and participation of Blinken, there was a telephone conversation between the heads of foreign affairs of Azerbaijan and Armenia

On the initiative and participation of US Secretary of State Anthony Blinken, a telephone conversation was held between the Ministers of Foreign Affairs of Azerbaijan ... Read More