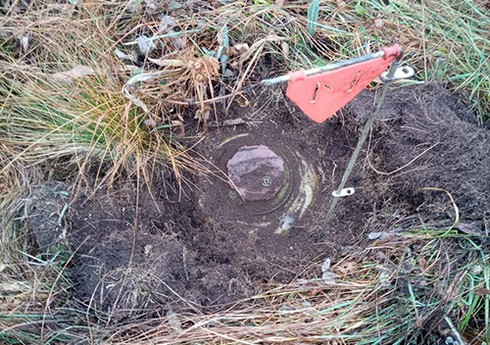 The Ministry of Defense of Azerbaijan has announced the number of mines it has discovered in the territories freed from occupation.

From the ministry “Report”It was reported that in total, 26,455 hectares of territory freed from occupation by engineering and fortification units have been cleared of mines and unexploded ammunition.

It was reported that 7558 anti-personnel mines, 2342 anti-tank mines and 9944 unexploded ammunition were discovered and destroyed.

Necessary measures for engineering support are being continued in our liberated areas.

It should be noted that 72 PMN-E type anti-personnel mines and 2 anti-tank mines produced in Armenia in 2019 were removed from the anti-personnel minefields buried by illegal Armenian armed groups in specified positions in the territory of Lachin and Kalbajar regions and were transported in compliance with safety regulations. neutralized by being

During September of this year, 73 anti-personnel mines, 47 anti-tank mines and 8 unexploded ammunition were discovered and destroyed by the engineering and fortification units of the Azerbaijan Army in the liberated territories, 273 hectares of territory were completely cleared.

Barcelona and Poland striker Robert Lewandowski announced his favorite for the 2022 World Cup in Qatar. “Report”according to the information of "SportsCenter" publication. "Argentina is ... Read More

The squad of the Azerbaijan national judo team for the world championship, which will start on October 6 in Tashkent, the capital of Uzbekistan, has ... Read More

The next winners of the Azerbaijan weightlifting championship have been announced

The second day of the Azerbaijan weightlifting championship between 20 and 23-year-old boys and girls has started. "Report"According to the information of the tournament, which ... Read More

NEWER POSTAzerbaijan and Turkey exchange experience in maritime transport
OLDER POSTA decision has been made, things have been collected, the 30-year longing is over – from the family that will move to Agaliya – REPORT