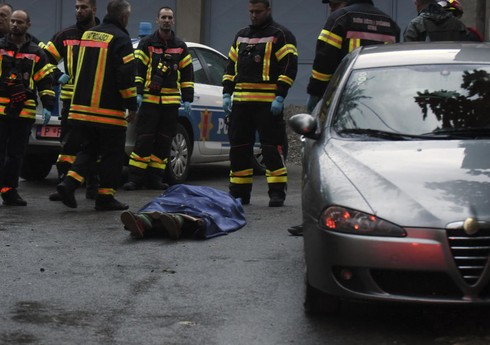 34-year-old Vuk Borilovic, a resident of Medovina district near Cetinje in Montenegro, first shot the family renting his house, and then shot passers-by.

“Report” informs that the director of the Montenegrin Police Department, Zoran Brdjanin, informed the “Viesti” publication about this.

The police spokesman said that Borilovich first shot his relatives who were renting his house.

“He killed two children aged 8 and 11 with a shotgun. The mother of the injured children died in the hospital. Then he went outside and shot at the villagers with the same weapon, killing 7 more people and wounding 6 others.”

For his part, duty prosecutor Andriyana Nastic said at the end of the investigation that 9 people died at the crime scene, and two more died in the hospital. The Montenegrin government will announce three days of mourning in connection with the Cetinje tragedy.

11 people died and six others were injured as a result of the shooting by an unknown person in the city of Cetinje, Montenegro.

“Report” reports that “RTCG” published information about this with reference to the police.

It was noted that the 34-year-old criminal shot passers-by on the streets of the city and did not let an ambulance go to the injured. A policeman was wounded in the head.

According to information, the shooter was killed by the police.

On the eve of the new school year, police officers continue to meet with the children of martyrs and low-income families. From the Ganja regional ... Read More

NEWER POSTThe US has threatened Russia with new sanctions
OLDER POSTAfter 80 years, the USA will send airborne forces to the eastern countries of NATO