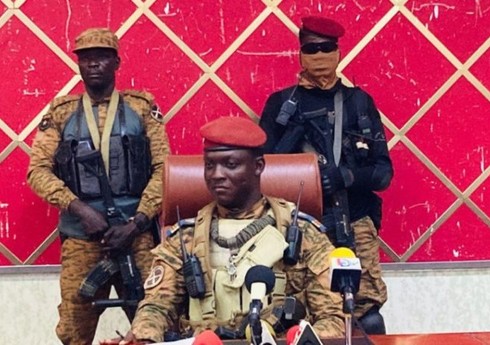 Captain Ibrahim Traore, the leader of the military that seized power in Burkina Faso, was officially appointed as the country’s president and supreme commander of the armed forces.

“Report” “Agence France-Presse” (AFP) reported about this on the air of the local state television, referring to the statement of the authorities.

“The president of the Patriotic Movement for Protection and Restoration acts as the head of state and the supreme commander of the country’s armed forces,” its Founding Act stated in the live broadcast.

It should be recalled that on September 30, a group of soldiers removed Colonel Paul-Henri Sandaogo Damiban from the post of President of the country. The military seized power and announced the dissolution of the government, the suspension of the constitution and any political activity. Damiba, who came to power in a coup d’état in January, signed a voluntary resignation from the presidency on October 2. Traore heads the country’s top executive, the Patriotic Movement for Conservation and Restoration.

NEWER POSTConference League: Turkish clubs will play their next games today
OLDER POSTThe Swedish Foreign Ministry has sent the document on NATO membership to the parliament