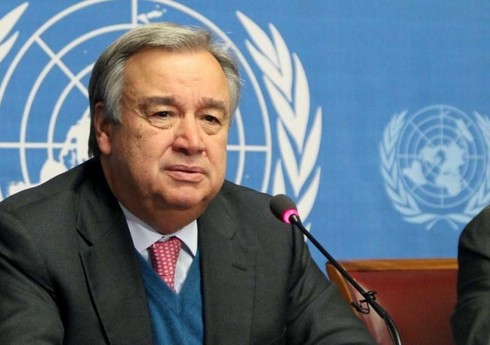 UN Secretary General António Guterres will hold discussions to reduce the tension between Russia and Ukraine as much as possible during his visit to Ukraine.

The spokesperson said that Antonio Guterres’s bilateral and trilateral meetings with Ukrainian President Volodymyr Zelensky and Turkish President Recep Tayyip Erdogan in Lviv tomorrow will focus on a number of issues of concern regarding Ukraine:

“Within the framework of the visit, the UN Secretary General discussed issues related to the Zaporozhye Nuclear Power Plant (ZAEP), which is controlled by Russia, including the movement of ships that are part of the agreement on the export of grain from Ukraine, the food and grain problem, and the prison where Ukrainian prisoners are kept in the occupied Olenivka town of the Donetsk region of Ukraine. will discuss”.

New symptoms of the coronavirus have been announced

New symptoms of the coronavirus have been announced. "Report" informs that Vladimir Bolibok, a well-known immunologist of Russia, said this in his statement to "Vechernei ... Read More

Parliament was dissolved in Kuwait and early elections were announced

Erdogan announced Russia’s desire to cooperate with the producer of “Bayraktar”.

NEWER POSTThere was a strong fire in Gusar
OLDER POSTOil reserves in the United States decreased by 7.06 million barrels per week