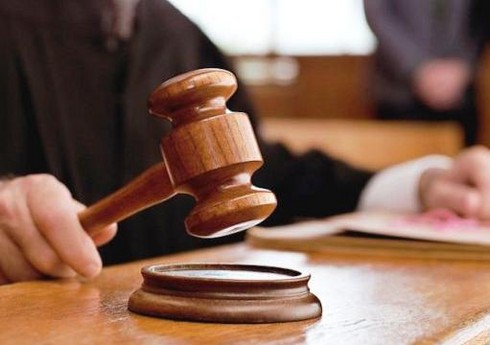 The preliminary investigation of the criminal case of Bakhtiyar Ahmadli, who was accused of murdering his co-worker in Ismayilli, has been completed.

“Report” reports that the case has been sent to the Sheki Serious Crimes Court for consideration and will be investigated under the chairmanship of judge Nahid Mirzayev.

The preparatory session of the court is scheduled for August 30.

It should be noted that the incident was recorded in the courtyard of the secondary school in Basgal settlement of Ismayilli district in February of this year.

Thus, B. Ahmadli, born in 1997, stabbed his co-worker Gulara Kahramanova during a conflict between them on the basis of personal relations. The woman, who suffered serious injuries, died at the scene due to a lot of blood loss.

B. Ahmadli was charged under Article 120.1 (intentional murder) of the Criminal Code.

"Russia's actions are a serious violation of the UN Charter." "Report" reports with reference to CNN that US President Joseph Biden said this during his ... Read More

NEWER POSTThe competition for the recruitment of school principals is starting
OLDER POSTThe political games of 82-year-old Nancy Pelosi, who are stirring up the world