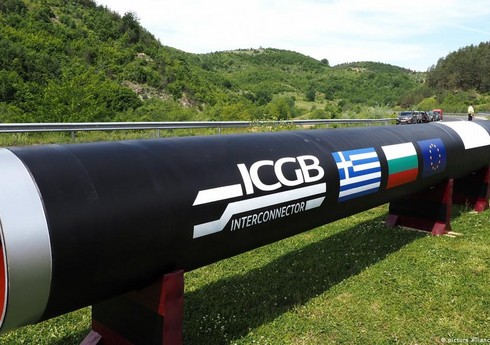 ICGB, the project company of the Greece-Bulgaria Interconnector (IGB), has received a license for the transportation of natural gas from the territory of Greece.

Referring to the company’s information, “Report” informs that according to the decision of the Greek energy regulator RAE, the project company responsible for the implementation of the Greece-Bulgaria Interconnector (IGB) will be able to carry out the transportation of natural gas for 50 years.

Recently, the Bulgarian Energy and Water Regulatory Commission (EWRC) granted ICGB AD a similar license for 35 years. EWRC is expected to issue final approval for the company to start licensed operations in accordance with the commissioning procedure. Licensing is a key step towards preparing the operational phase of the Greek part of the interconnector. Moreover, the granting of the license confirms that the company is ready both from the resource and technical point of view to carry out the transportation of “blue fuel”.

The company said that a new two-level management model is expected to be introduced in ICGB. This is a mandatory requirement due to the restructuring of the company as an independent transmission operator.

The ICGB said they hope for enhanced institutional support. This will help reduce the remaining administrative procedures to get the interconnector up and running as soon as possible.

It was noted that the IGB project is important for increasing reliability of supply and diversification of natural gas sources for Bulgaria and the Southeast European region.

It was reported that the project will connect Bulgaria to the Southern Gas Corridor and will enable the supply of natural gas from various sources to a number of countries, including Moldova and Ukraine.

It should be noted that the IGB envisages the transportation of the “blue fuel” produced within the framework of the II stage exploitation of the “Shahdeniz” gas condensate field in the Azerbaijani sector of the Caspian Sea to Bulgaria. Thus, the state company “Bulgargaz EAD” signed an agreement with the “Shahdeniz” consortium to purchase 1 billion cubic meters of gas from the “Shahdeniz-2” field. Azerbaijan will be able to meet 25-30% of gas demand due to Azerbaijan’s natural gas.

150 kilometers of the pipeline with a total length of 182 kilometers will pass through the territory of Bulgaria. The annual transmission capacity of the belt is expected to be 3-5 billion cubic meters.

European Championship: 4 Azerbaijani judokas will take to the tatami today

Today, 4 Azerbaijani judokas will compete in the European Youth Championship, which will start in Prague, the capital of the Czech Republic. "Report"According to the ... Read More

The eighth "Tank biathlon" competition is being held as part of the "International Army Games-2022" competitions organized in Moscow, the capital of Russia. “Report”According to ... Read More

NEWER POSTMikayil Jabbarov explained the factors that led to the growth of Azerbaijan’s economy
OLDER POSTPeople who were going to a wedding from Gusar to Khachmaz had an accident, there were dead and injured