The goal of Azerbaijan in Islamiad has been announced 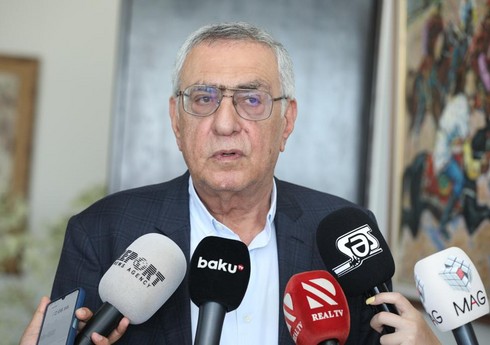 The Azerbaijan national team will participate in the 5th Islamic Solidarity Games to be held in Konya, Turkey, with a fairly large team.

“Report”According to the information, the vice president of the National Olympic Committee (NOC) Chingiz Huseynzade made a statement about this.

He said that the process of forming the team for Islamiada is currently ongoing. Huseynzade said that the short list has not been determined because there is enough time left for the Games.

The NOC official also announced his goals for the upcoming Games: “In the previous Games held in Baku, Azerbaijan took the first place in the team score. The Islamia, which was supposed to be held in 2021, has been postponed to August this year. We will still fight for victory. However, it is known that the IV Islamic Solidarity Games will only on the last day, we managed to overcome our main rival, Turkey. Our main rival here will be this team. I hope that the Games will be interesting and Azerbaijani athletes will be quite successful. I expect Azerbaijan to enter the first “top 3”. It is true that the program will be successful for our athletes There are also uncounted species. But I hope we have the opportunity to enter the first “3rd”.

It should be noted that the 5th Islamic Solidarity Games will be held on August 9-18.

In the last day, 2,714 vaccines against coronavirus were administered in Azerbaijan. About it “Report”It was reported from the Operational Headquarters under the Cabinet of ... Read More

In the last day, 1,682 vaccines against coronavirus were administered in Azerbaijan. About it “Report”It was reported from the Operational Headquarters under the Cabinet of ... Read More

NEWER POSTDust fog is observed in the air
OLDER POST7,000 manats were stolen from the bag of a Baku resident in a cafe