The general director of “Volkswagen” has resigned 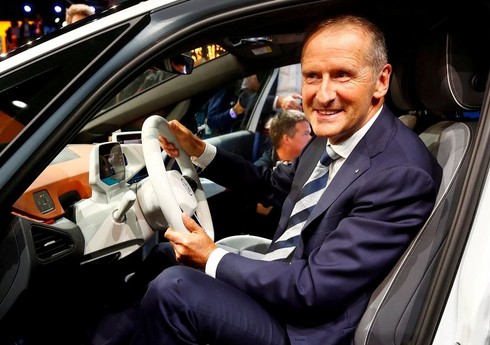 Herbert Diss will leave the position of chairman of the board of directors of “Volkswagen AG” of Germany on September 1.

“Report” informs that the press service of the company released information about this.

It was noted that the new chairman will be Oliver Blume, who has been working in the company since 1994.

In addition, the Chief Financial Officer of Volkswagen, Arno Antlitz, will also serve as the Chief Operating Officer of the company.

Volkswagen shares fell 1.2%, but news of the company’s change in leadership was announced after the Frankfurt stock market closed. Since the beginning of the year, the company’s capitalization has decreased by 24% to 84 billion euros.

The interview stage of the hiring competition for the position of director is being held for general educational institutions operating under the supervision of the ... Read More

The competition for admission to the position of school director begins

From today, the competition for the recruitment of directors of general educational institutions begins. "Report" was informed about this by the Ministry of Science and ... Read More

The criminal trial of Hamlet Huseynov, the former director of the Shirvan branch of the State Archives, begins. "Report"according to the report, the case was ... Read More