The former president of Peru has died 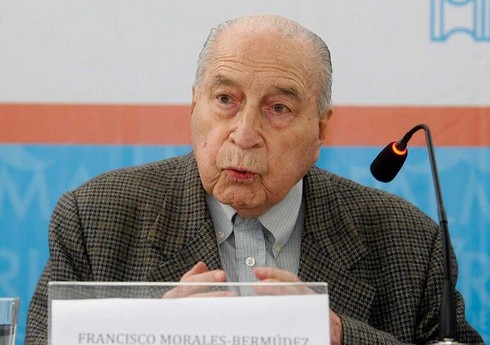 “Report” reports that his family has released information about this.

Remixio Morales, the son of the former head of state, told the RPP radio station that his father’s health was bad.

Morales, who was the chief of staff and minister of economy during the military dictatorship, took power in 1975. He headed the army and the council of ministers until 1980, when the president and congress were democratically elected.

Morales was convicted in absentia of his involvement in Operation Condor, a US-backed campaign of political repression and state terror in Italy.

In 2019, the former president of Peru was sentenced to life imprisonment in Rome, but he was not extradited and lived freely in his homeland.

The United Nations (UN) has confirmed the death of 5,767 people as a result of Russia's attack on Ukraine. "Report" reports with reference to "Interfax ... Read More

A plane crashed in Mexico and there are people who died

The "Piper PA-31" motor plane, which took off from Queretaro International Airport in Mexico, crashed. Report informs that this was reported on the airport's Twitter ... Read More

NEWER POSTIlham Aliyev: “We should work more actively in countries that can bring major investment”
OLDER POSTThe number of potential opponents of “Qarabag” in the Champions League has decreased