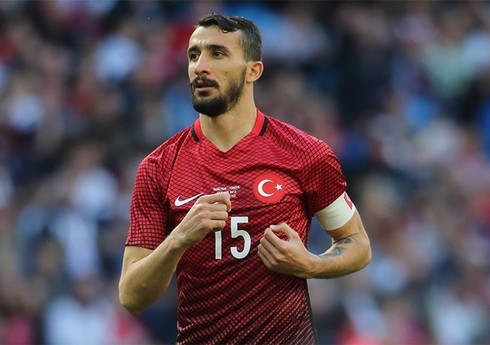 Mehmet Topal, the former football player of the Turkish national team, has finished his career.

“Report”according to the information, the midfielder announced that he said goodbye to football at the age of 36.

It should be noted that Mehmet Topal wore the uniform of “Galatasaray”, “Fenerbagca”, “Başakşehir” and “Beşiktaş” in his country, and “Valencia” in Spain. In 2008, the player who won the bronze medal in the European Championship with the Turkish national team, was the national champion with other Istanbul representatives besides “Beşiktaş”.

Famous in France “Muslims in France” portal prepared an extensive article about the life and creativity of the great Azerbaijani poet and thinker Nizami Ganjavi. ... Read More

NEWER POSTThe women’s national team of Azerbaijan, which will compete in the Chess Olympiad, has started gathering in Baku
OLDER POSTA significant increase in the number of rare species of animals has been recorded in Azerbaijan