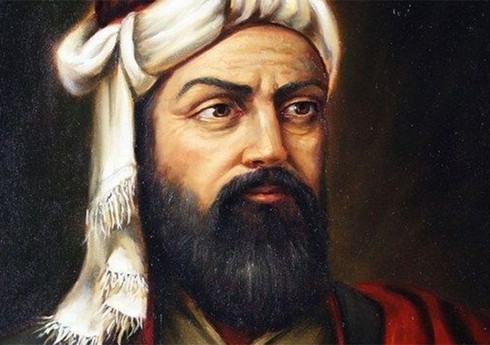 Famous in France portal prepared an extensive article about the life and creativity of the great Azerbaijani poet and thinker Nizami Ganjavi.

“Report” reports that the article highlights the 880th anniversary of Nizami Ganjavi’s birth, the poet’s influence on Azerbaijani and world literature by defending the humanistic principles that flourished in Europe only from the 14th century.

It was noted that “in France, starting from the end of the 15th century, writers, scientists, philosophers and artists made man the central subject of their creativity, research and thoughts. Nizami, on the other hand, defended the values ​​that began to take hold in Europe a few centuries ago with the beginning of a new era (end of the 15th – beginning of the 16th century): the place of women in society and the question of gender equality, the meaning of justice, respect for nature or the freedom to think independently:

“The theme of love in Nizami’s poems is no less important because it participates in the formation of a person. In the poet’s work, the characters can find love only after the initiation rite, which consists of tests that lead them to the maturity of body and mind.”

The article mentions that Nizami was born in Ganja: “Ganja is one of the largest cultural and commercial centers of the Middle East and one of the oldest cities in the Caucasus, its history dates back to 494 BC. Ganja is currently the second largest city of the Republic of Azerbaijan, located in the Aran region in the west of the country. Nizami was born here in 1141 and died there in 1209.

The young poet, who received a brilliant education in the Ganja madrasa, had an important place in his education. Nizami studied Quran, mathematics, astronomy, geography and foreign languages.

The main work of Nizami Ganjavi is called “Khamsa”, it consists of five poems written between 1173 and 1203. These are “Treasure of Secrets”, “Khosrov and Shirin”, “Leyli and Majnun”, “Seven beauties” and “Iskandername”.

The article emphasized that Nizami Ganjavi’s humanism was aimed at harmony between peoples.

Azerbaijani activists who were detained in the protest actions held in the city of Malikan, East Azerbaijan province of Iran, started a hunger strike. “Report” ... Read More

According to the program of the "Sea Cup-2022" international competition organized in our country, a football competition was held between the participating teams."Report" Referring to ... Read More