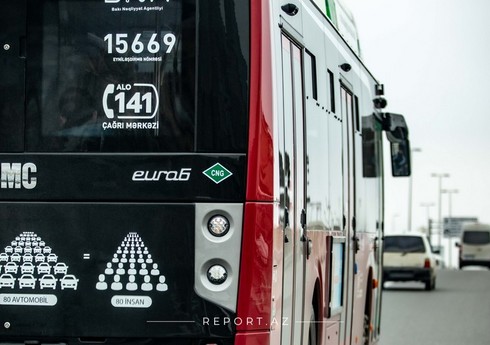 In the first half of the current year, the export of buses and minibuses from Turkey to Azerbaijan increased from 4 million 293 thousand dollars to 41 million 467 thousand US dollars.

“Report” reports with reference to the Turkish mass media that the Uludag Automobile Industry Exporters’ Union has spread the information about this.

It is noted that in the first half of the year, buses and minibuses worth 581 million 214 thousand dollars were exported from Turkey to 68 countries. Bus and minibus exports increased by 13.98% compared to the same period of 2021.

Turkey sold the most buses and minibuses to France. Export of vehicles increased by 18.23 percent. If this indicator was 125 million 606 thousand dollars in the January-June period of last year, in the first half of 2022, exports to France increased to 148 million 510 thousand dollars.

Portugal is on the second place on the list, followed by Germany.

Azerbaijan has increased its purchase of yogurt from Turkey 67 times

During the first 6 months of 2022, 1,820 tons of yogurt worth 2,534 million US dollars were brought to Azerbaijan from abroad. Read More

NEWER POSTA terrorist attack has been committed in Colombia, there are dead and injured
OLDER POSTA car hit a 26-year-old young man in Baku and seriously injured him