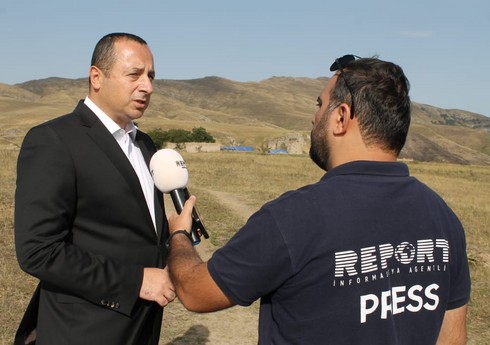 “As you know, we filed an interstate complaint against Armenia on January 15, 2021. The complaint was submitted to the European Court of Human Rights just two months after the Patriotic War.”

This “Report”Chingiz Asgarov, authorized representative of the Republic of Azerbaijan to the European Court of Human Rights, deputy chairman of the Supreme Court of Azerbaijan, said in his statement to the employee sent to the Lachin region.

He reminded that the claim of the Azerbaijan state against Armenia has already been processed:

“Currently, the process of the possibility of a complaint is underway. In the fall, Azerbaijan and Armenia must submit their records in this regard to the European Court. But we did not stop with this complaint, because every time we renewed the complaint in connection with new events that occurred. It can be said that we have submitted new information to the European Court. “After the Patriotic War, dozens of civilians and soldiers were hit by landmines. We have filed a complaint in this regard.”

CSMT mission has arrived in Armenia

The CSTO mission led by Secretary General Stanislav Zas arrived in Armenia to study the situation on the Azerbaijan-Armenia border and prepare proposals for de-escalation. ... Read More

Armenian Defense Minister Suren Papikyan went on a business trip to Russia. "Report" informs that the Ministry of Defense of Armenia released information about this. ... Read More

The Pope called on Armenia and Azerbaijan for peace

Pope Francis called on the implementation of the ceasefire agreement on the Armenian-Azerbaijani border. About it “Report” It reports with reference to "TASS". The Pope ... Read More

NEWER POSTMIA is looking for a female employee
OLDER POSTLachin resident who filed a lawsuit against Armenia: “We have great love for this land”