The entire Japanese government has resigned 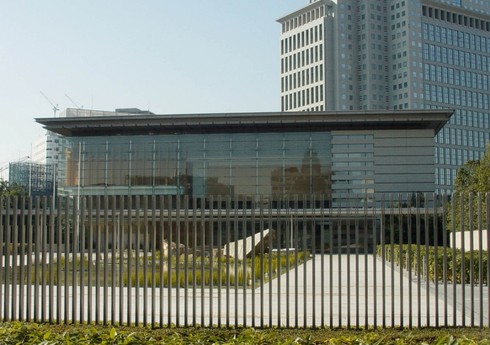 The extraordinary meeting of the Cabinet of Ministers of the country started at 11:30 local time (06:30 Baku time). The new composition of the Japanese government under the leadership of Prime Minister Fumio Kishida is expected to be announced soon.

The cabinet reshuffle was originally supposed to take place in early September, but Kishida has decided to do so now due to plans to accelerate the promotion of the new capitalist economic concept and the need to take action on food and fuel increases.

This composition of the Japanese government was formed on October 4, 2021, when Kishi assumed the post of prime minister.

It should be noted that the rating of the Cabinet of Ministers in Japan during the last three weeks is up to 10 percent has gone down. The reason for this is primarily the processes taking place in the country – inflation and the dubious relationship of politicians with the “Unity Church”. Nevertheless, it is not expected that the government will make changes in foreign policy after the new composition of the Cabinet of Ministers is formed.

There was a protest in front of the government building in Yerevan, and some people were detained

There was an action in front of the government building in Yerevan, the capital of Armenia. "Report" informs about this with reference to the Armenian ... Read More

Erdogan went to the martyr’s house with government officials

Turkish President Recep Tayyip Erdogan visited the family of Ömur Ertoğrul Sarın, who was martyred in the Pence Kilit operation. "Report" informs about this with ... Read More