The delegation of the US Congress visited the Taiwan Parliament 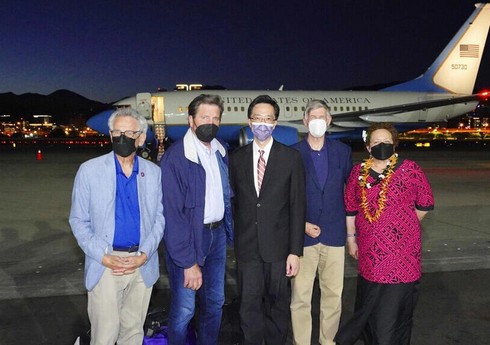 On August 15, a delegation of the US Congress led by Senator Ed Markey (Massachusetts) visited the Taiwan Parliament.

“Report” informs that the Central Information Agency of Taiwan has released information about this.

American lawmakers held meetings with Taiwanese lawmakers from the government and opposition.

In addition, the American congressmen are expected to meet with the head of the Taiwanese administration, Tsai Inwen. But according to some reports, this meeting has already taken place, but no official information has been given about it.

Trump’s former adviser was found guilty of contempt of Congress

Stephen Bannon, the former assistant of the 45th president of the United States, Donald Trump, was found guilty of contempt of the US Congress. "Report" ... Read More

The participants of the 8th congress of the Azerbaijan Press Council addressed to President Ilham Aliyev. Read More