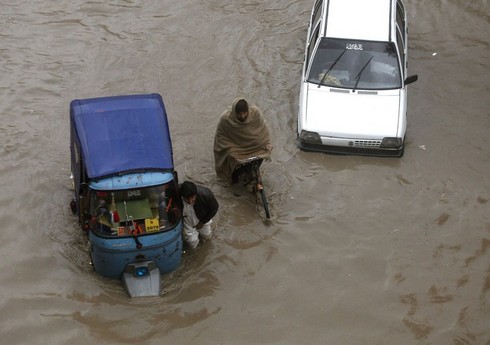 As a result of the monsoon rains that have been ongoing in various provinces of Pakistan for the past 5 weeks, the number of people who lost their lives has increased to 290, and 284 people have received various injuries.

The torrential rains that have been falling in the country since mid-June have damaged a number of the country’s facilities.

In total, more than 9 thousand houses were destroyed in different cities of Pakistan, many bridges and highways were damaged.

Government officials have announced that 99 people have died in Balochistan, 70 in Sindh, 61 in Khyber Pakhtunkhwa and 60 in Punjab province, and a total of 284 people have been injured as a result of torrential rains in the last 5 weeks.

It should be noted that the effective monsoon rains in South Asia from June to September cause natural disasters and accidents every year.

The first death from monkeypox was recorded in Belgium

The first death from monkeypox was recorded in Belgium. "Report" informs that the "France 24" TV channel broadcasted information about this. Belgium, with a population ... Read More

President of the Republic of Azerbaijan Ilham Aliyev visited the embassy of the United Kingdom of Great Britain and Northern Ireland in our country on ... Read More

The cases of infection and death of the coronavirus have decreased

During the last week, the number of cases of infection and death of COVID-19 in the world has decreased. "Report" reports with reference to "Interfax" ... Read More