The death toll from floods in China has increased 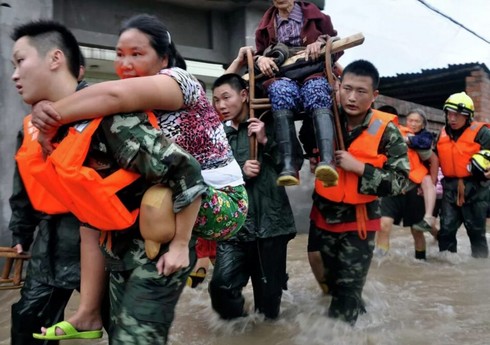 The death toll from floods in northwestern China has risen.

“Report” informs that China Central Television broadcasted information about this.

Currently, the death toll is 23 people. It is reported that 8 more people are missing.

According to local law enforcement agencies, 23 people were rescued in the last 24 hours. More than 6.2 thousand people were in the natural disaster zone.

The region received higher rainfall than the average of the last 50 years in August.

China expressed its position on Taiwan from the UN platform

China once again expressed its position on Taiwan from the rostrum of the UN General Assembly. "Report" cites "Associated Press" as saying that Chinese Foreign ... Read More

China will continue military exercises in the waters near Taiwan

US President Joseph Biden has extended the sanctions against China for another year due to the situation in Hong Kong. "Report" informs that this was ... Read More

NEWER POSTFinland’s Prime Minister, whose entertainment footage has been released, has passed a drug test
OLDER POSTThe UN Secretary General made an unplanned visit to Moldova