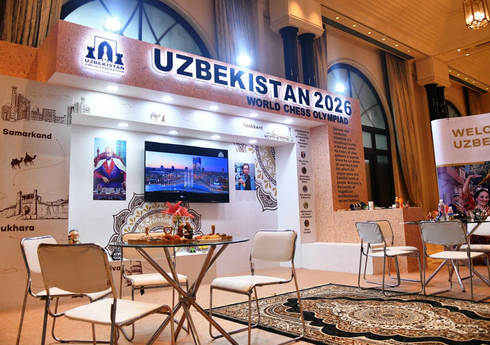 The country that will host the 2026 Chess Olympiad has been announced.

“Report” Referring to the official website of the International Chess Federation (FIDE), it is reported that the prestigious competition will be held in Uzbekistan after 4 years.

The decision in this regard was adopted at the 44th Congress of FIDE.

It should be noted that Uzbekistan will host the Chess Olympiad for the first time.

The number of vaccinated people has been announced

1,453 people were vaccinated in Azerbaijan in the last day. “Report” reports that the Operational Headquarters under the Cabinet of Ministers has released information about ... Read More

More than 1 million barrels of oil per day will be supplied to Europe from the United States to replace Russian crude oil. “Report” Referring ... Read More

NEWER POSTA scientist with the “Shohrat” Order of Azerbaijan has died
OLDER POSTÇavuşoğlu: “Turkey always stands by Azerbaijan and Azerbaijan stands by Turkey”