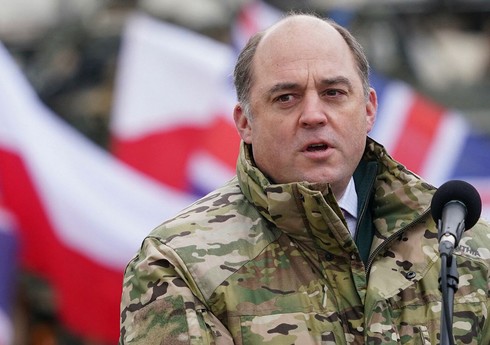 The British defense minister has called for an increase in military spending.

“Report” informs that Ben Wallace said this on the “Sky News” TV channel.

The minister said that the British government should increase the funds allocated to the military to counter the potential threat.

According to his information, currently the country’s defense expenditure is 2.28% of the GDP.

“According to forecasts, in 2026, our indicator will be below 2%. We will fall from first place to eighth place in Europe,” Wallace warned.

The defense minister noted that Great Britain and other Western countries need better weapons to fight drones and protect airspace.

The British minister expressed his condolences to Azerbaijan

Great Britain's Minister of State for the European Region, Leo Dockerty, expressed his condolences for the death of Azerbaijani military personnel in the tension on ... Read More

British Airways has announced that it will cancel additional flights until the end of October this year, and thousands of flights in the winter. Report ... Read More

The former Minister of Equality and Local Self-Government of Great Britain, Kemi Beidnock, stopped the fight for the post of the leader of the Conservative ... Read More

NEWER POSTThree employees of the UN mission and seven protesters were killed in Congo
OLDER POSTErdogan announced Russia’s desire to cooperate with the producer of “Bayraktar”.