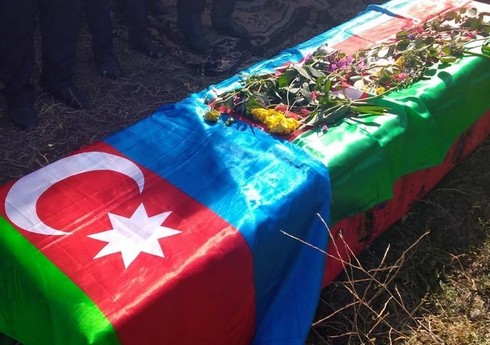 The remains of Khudiyev Samir Samad oghlu, a soldier of the Azerbaijan Army who was killed by a rock falling on him in Lachin region, were handed over to his family.

“Report” reports that the martyr will be laid to rest today in Shahidlar Alley located in Ramana settlement, Sabunchu district of Baku.

It should be noted that on August 5, while performing a combat mission in a difficult terrain in Lachin district, a piece of rock that broke off from the steep cliffs fell on the active military servicemen of the Azerbaijan Army, soldier Samir Samad oghlu Khudiyev and soldier Aliyev Tahir Chingiz oghlu. As a result, soldier Samir Khudiyev died on the spot from his injuries.

Soldier Tahir Aliyev received various injuries. Despite the efforts of doctors, it was not possible to save his life.

A criminal case has been initiated and an investigation is underway.

A dead body was discovered in Sumgait

A dead body was discovered in Sumgait. About it "Report" It reports with reference to the Ministry of Emergency Situations (MES). According to the information ... Read More

The body of a 31-year-old man was found in a cafe in Absheron. "Report" reports that the incident was recorded in a cafe located below ... Read More

NEWER POSTThe body of Tahir Aliyev, the soldier who died in Lachin, was handed over to his family
OLDER POSTThe US Secretary of State expressed his concern about the tension in the region