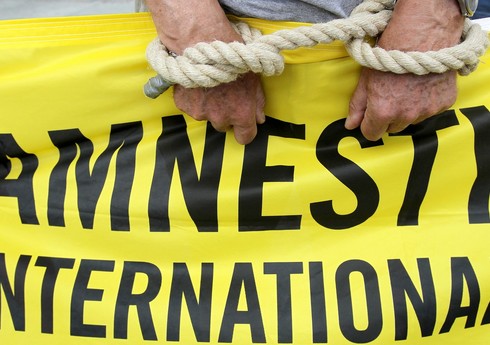 The biased report of the human rights organization “Amnesty International” on Ukraine was met with displeasure by a number of officials and press agencies.

According to “Report”, British publication “The Times” called “Amnesty International” Putin’s propagandists after the scandalous report.

According to Arvidas Anushauskas, this is the organization’s attempt to justify Russia’s actions.

“It should be remembered that Ukrainian military forces protect their territories from Russian invasion attempts. That is, from the point of view of the Ukrainian military command, they really have no alternative but to be inside these towns and villages, and therefore the question is, where will the soldiers live?” – said Gulliver Craig of FRANCE 24.

It should be noted that official Kyiv opposed the report of the Amnesty International organization regarding the use of schools and houses by Ukrainian soldiers on the front line during the war against Russian forces.

Oksana Pokalchuk, director of the organization’s Ukrainian office, resigned from the organization after the accusations against the Armed Forces of Ukraine were published.

Amnesty International later apologized for its biased reporting on Russia’s war against Ukraine.

Anomalous heat in Portugal caused the death of 1,065 people

Anomalous heat in Portugal caused the death of 1,065 people. Referring to foreign media, "Report" reports that the country's Ministry of Health has released information ... Read More

The reality caused by Armenian provocations – create a buffer zone near the border of Azerbaijan!

Another provocation by units of the Armenian armed forces was prevented this night. This time, in the directions of Dashkasan, Kalbajar and Lachin of the ... Read More

Due to the windy weather conditions in Goranboy district, a large-trunked tree fell, and there were interruptions in the electricity supply of several villages. "Report"According ... Read More