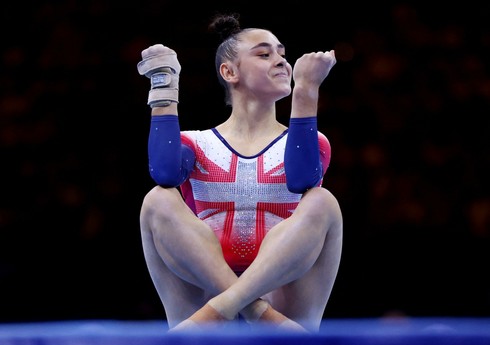 Jesika Gadirova, an Azerbaijani gymnast representing Great Britain, became the European champion for the second time in a row.

“Report”According to the information, the 17-year-old sports gymnast showed the best results for free movements on the floor at the European Championship held in Munich, Germany.

He won the gold medal with a score of 14,000. Italians Martina Maccio and Angela Andreoli won silver and bronze medals. Jesika’s twin sister Jenifer Gadirova was 5th with 13,466 results.

It should be noted that the twin sisters also won silver medals as a team of the Great Britain national team at this European Championship.

It should be noted that Jesika Gadirova won a gold medal in floor exercises at the European Championship held in Basel, Switzerland last year.