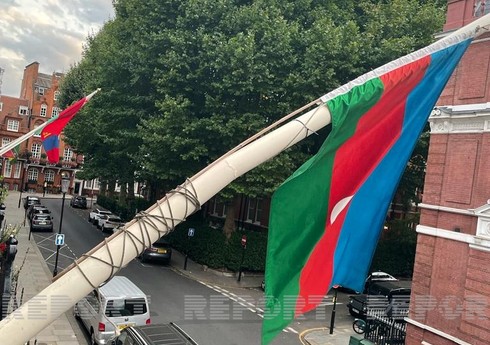 The flag of Azerbaijan, which was removed during the attack of a group of radical religious groups on the Embassy of the Republic of Azerbaijan in the United Kingdom of Great Britain and Northern Ireland, has been reattached.

“Report” reports that currently our tricolor national flag is flying again in front of the Azerbaijani embassy in London.

The French ambassador was invited to the Azerbaijani MFA, and a note of protest was presented to the diplomat

French Ambassador Zachary Gros was invited to the Ministry of Foreign Affairs of Azerbaijan on October 3. At the meeting, a note of protest was ... Read More