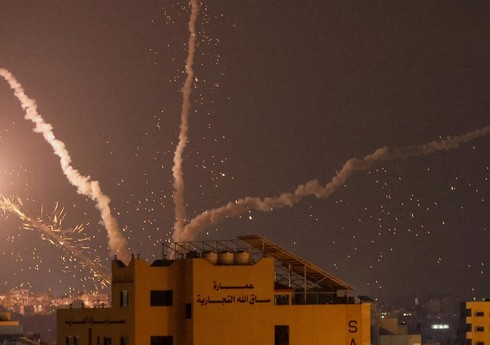 The local authorities of Tel Aviv have announced the opening of all public bomb shelters in the city amid the escalation of the situation in the Gaza Strip.

“Report” informs that TASS published information about this.

The city administration also urged residents to contact the “hotline” for all urgent matters.

Before that, it was reported that the activists of the Palestinian “Islamic Jihad” radical group fired about 40 rockets from the Gaza Strip towards Israel, and 30 of them were hit. According to reports, the air defense signals went off in the cities of Rishon LeZion, Bat Yam, Holon and Yavne in the central part of Israel, as well as in the cities of Ashkelon and Ashdod in the south.

Earlier, it was reported that rockets were fired at Israel from the Gaza Strip, and they were shot down by the “Iron Dome” air defense system. It is noted that weather warnings were announced in several cities in the south of the country.

The Israeli Defense Forces responded by striking the weapons stores, weapon depots and firing positions of the radical group “Islamic Jihad” in the Gaza Strip.

It was reported that a bomb was planted in the house of Levon Ter-Petrosyan, the first president of the Republic of Armenia, located in Yerevan. ... Read More

In recent days, in connection with false alarms about the placement of explosive devices in the metro stations of Yerevan, the capital of Armenia, the ... Read More

NEWER POSTA strong forest fire has started in Turkey
OLDER POSTThe body of Tahir Aliyev, the soldier who died in Lachin, was handed over to his family