Stanislav Cherchesov: “Garabagh” is a strong team and played well in attack. 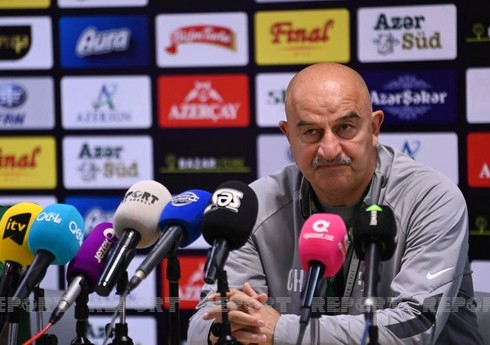 “Actually, we started the game badly and finished it badly. In our opinion, we should have won. But in practice, we didn’t do it.”

“Report”According to the information of “Ferentsvaros”, Stanislav Cherchesov, the head coach of “Ferentsvaros”, said this at the press conference after the return match of the third qualifying round of the UEFA Champions League, where they lost to “Qarabag” with a score of 1:3.

The Russian expert said that it is not correct to blame the mistakes only on the defenders: “We lost as a team. We lost because we lost a lot of balls.”

According to the 59-year-old head coach, it is not bad to be complacent: “I would even say that it is good for such players. I am the head coach, all the responsibility belongs to me. Later, keep calm and analyze where we made mistakes.”

He emphasized that “Qarabag” is a very strong team: “They played well in attack. I would attribute the defeat more to that. The opponent deserved to win. We are also a good team. It just didn’t work out. You all question us. This is your job. Ours.” and our job is to draw conclusions from mistakes.”

During the attack on the Ukrainian city of Kharkiv, 17 people died and dozens were injured

As a result of a rocket attack on a hostel in the Saltovsky district of Kharkiv, Ukraine, the number of people killed, including a 13-year-old ... Read More