“Shamakhi” head coach: “The score is not that important for us” 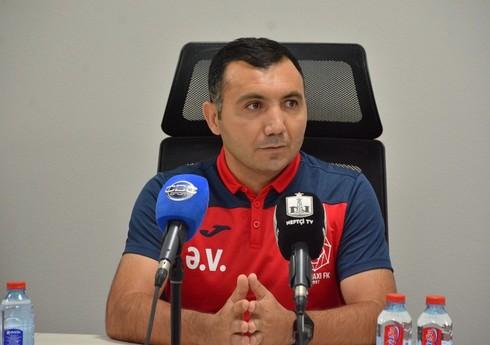 “I thank our fans for not leaving us alone. They traveled a long way and came to Gabala.”

“Report”According to the information of “Shamakhi”, Vugar Asgarli, the head coach of “Shamakhi” said this at the press conference after the match of the second round of the Azerbaijan Premier League, where they lost to the team of the same name in Gabala with a score of 1:3.

The expert said that they are facing a team that has a unique place in the country’s football: “They have an established team, and we have a young team. I mention this every time. We just need time. We managed to achieve what we wanted in the second half. We will continue on our way.”

He also spoke about the goals set for the team by the management: “Our goal is clear to everyone. We want to create conditions for young players to play and develop them. At the moment, the score is not so important for us. Nevertheless, we are suffering from the defeat.”

Askerli said that they conceded three goals in the first 20 minutes after a sudden inattention: “This team has local and legionnaire footballers with rich experience. They also took advantage of their chances.”

In the end, the specialist touched upon the condition of goalkeeper Akbar Valiyev: “He is in good condition for the time being. It is possible that we sent him to Baku.”

“Sabah” coach: “The realization was not good”

"First of all, I ask God to have mercy on all our martyrs. May they rest in heaven." "Report"According to the information of "Sabah" coach ... Read More

The head coach, suffering from an oncological disease, was dismissed

The head coach of Italian "Bologna" Sinisha Mihajlovic was sent to resign. "Report"According to the club's official website, the contract with the Serbian specialist was ... Read More

NEWER POST“Kepaz” head coach: “It’s normal for the fans to call me to resign”
OLDER POST“Kepaz” fans opened an interesting banner in the game with “Neftchi”.