Several servicemen of the Armenian army were detained 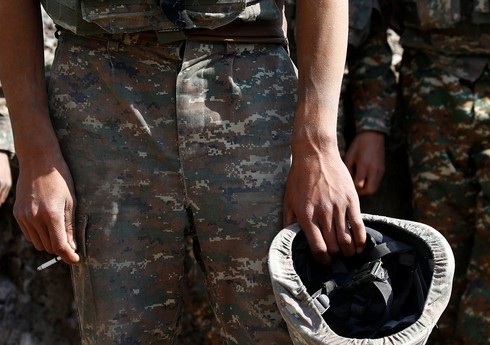 A number of servicemen of the Armenian army were detained.

About it “Report” reports with reference to the local press.

According to information, as a result of large-scale operational measures carried out by the Military Police of the Ministry of Defense, a number of term and contract servicemen who violated the minister’s order, used smartphones and posted photos of the daily life of the military service on the Internet were identified and detained.

According to the information provided by the Ministry of Defense, the servicemen were held responsible.

The ministry said that measures will be continued to prosecute the military personnel who do not obey the ban.

Chairman of the Committee: “Armenian military personnel should be removed from the Karabakh Economic Zone, a safe zone should be created near the border”

"It is the old policy of the military and political leadership of Armenia to disrupt the process of peace treaty negotiations, to not fulfill their ... Read More

State Commission: the bodies of 6 Armenian soldiers were handed over to the other side

Through the International Committee of the Red Cross, Azerbaijan handed over the corpses of 6 more Armenian soldiers found in the area to the Armenian ... Read More

Another 95 corpses of Armenian soldiers were handed over to the other side. About it "Report"a Information was provided by the State Commission on captured ... Read More

NEWER POSTElections for president, parliament and local bodies will be held today in Kenya
OLDER POSTA soldier of the Turkish army was killed