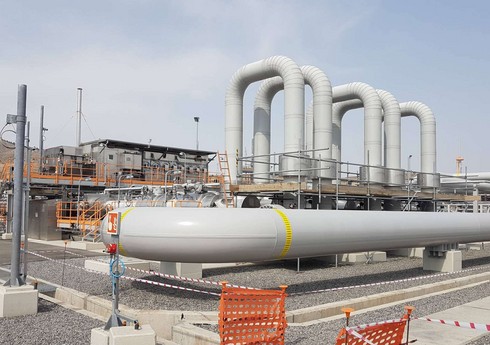 Serbia, which is completely dependent on Russian gas, plans to buy gas from Azerbaijan in 2023 after the construction of the interconnector to be connected to the Bulgarian pipeline is completed.

“Report” According to Reuters, this was said by Zorana Mihajlovic, Minister of Mining and Energy of Serbia.

“At the moment, we are negotiating with Azerbaijan regarding the reserve of gas capacities for next year, because the Serbia-Bulgaria interconnector will be completed in September next year,” Mihajlovic said at the energy conference held in Sarajevo.

Last week, Greece and Bulgaria completed a long-delayed gas pipeline that would help end Europe’s dependence on Russian gas. It will transport gas from Komotini in northern Greece to Stara Zagora in Bulgaria and will be connected to another pipeline carrying Azerbaijani gas.

Mihajlovic added that Serbia will also be able to buy LNG from Greece after the interconnection with Bulgaria is completed.

The minister said that Serbia has not discussed the change of ownership in NIS, the only oil company jointly owned by Russia’s largest companies Gazprom Neft and Gazprom. “Gazprom” is the main shareholder of the country’s only gas storage.

Mikhaylovich stressed that since Russian oil is subject to sanctions, NIS tries to buy crude oil from cheap producers and intends to order it from Iraq.

He said that Serbia needs to import 10% of its electricity needs and that imports will increase to 20-30% during the winter months when prices are expected to increase by 15-20%.

Serbian state energy company EPS, which gets 70% of its electricity from coal, will help it import the 4 million tons of coal it needs in the first quarter of next year.

The "Beerbasha" team of Azerbaijan played its next game in the mini-football Champions League. "Report"According to the information, the team in Group B met the ... Read More

Jeyhun Bayramov: “Despite the pandemic, the EU remains the largest trade partner of Azerbaijan”

"Azerbaijan and the European Union (EU) intend to continue their development in the direction of a strong, comprehensive partnership." "Report" informs that the Minister of ... Read More

NEWER POSTThe Minister of Culture met with the British Ambassador
OLDER POSTThis year, the number of vacancies presented for MIG has increased