Secretary General of the UN: “A safe demilitarization perimeter should be established at the Zaporozhye NPP” 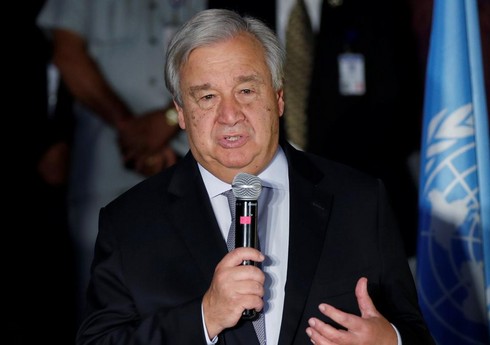 UN Secretary General António Guterres called on Russia and Ukraine not to attack the territory of the Zaporozhye NPP, to withdraw their military personnel from there, and to immediately ensure unhindered access to the facility by the International Atomic Energy Agency (IAEA).

Report informs that his statement in this regard was published on the UN website.

The Secretary General of the UN expressed his concern about the Zaporozhye NPP. He said that in recent days there have been reports of new disturbing events, and if they continue, these events may lead to tragedy.

António Guterres called on the parties to sign an agreement on a secure demilitarized perimeter.

It should be noted that the NPP located in Ukraine’s Zaporozhye region has been under the control of Russian troops since March. In recent days, the parties have accused each other of escalating the situation around the NPP.

The jubilee medal of Azerbaijan was established

NEWER POSTThe order regarding the suspension of works that endanger the monuments in Shusha has been approved
OLDER POSTGerman Chancellor: “Vladimir Putin is responsible for this war”