Sanan Gurbanov: “Neftchi” did not miss the chance of the next stage” 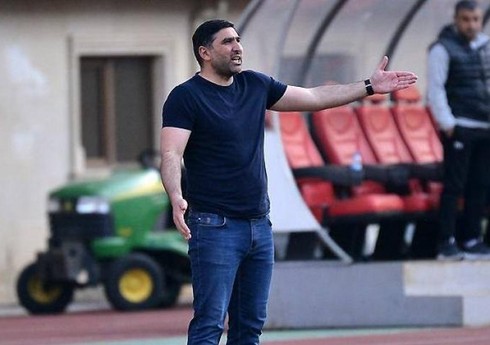 “Neftchi” did not miss the chance for the next round.

This “Report”The former head coach of “Gabala” and “Shamakhi” Sanan Gurbanov said in a statement before the return match of the second qualifying round of the UEFA Conference League, which the “whites and blacks” will play in Baku against the Cypriot club “Aris”.

The 42-year-old specialist said that the Azerbaijani representative surprised everyone in the first match: “There is a new head coach and players in the team. This can have a good or bad effect. The lack of adaptation of the new transfers was clearly visible in the first match. Although the head coach took time to get to know the players there was a month’s time”.

According to Gurbanov, it is impossible to analyze the first match of “Neftchi”: “Because the players didn’t seem to know what they were doing on the field. In addition, the opponent was under pressure and they could have scored more goals. I think that “Neftchi” can recover from the knockdown. “The team still has a chance. I think the fan factor will play a big role in the return match.”

Note that today’s match will start at 21:00. In the first match, the representative of Azerbaijan lost with a score of 0:2.

"When we went out to warm up before the game, we heard about the anti-terrorist operation. May God have mercy on our martyr." "Report"According to ... Read More

Gurban Gurbanov: “Nantes” is the most dangerous team in the group”

"It was an interesting game. Even though we lost, we did not lose our confidence until the end and we fought well. The players are ... Read More

NEWER POSTIn Germany, an additional fee will be applied for electric energy
OLDER POSTThe state supply price of food wheat has been determined