“Sabail” won its first victory in the new season 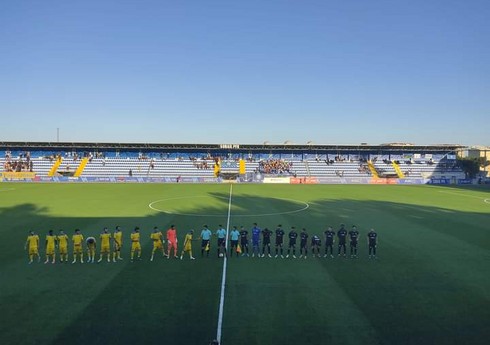 Another game of the IV round was held in the Azerbaijan Premier Football League.

“Report”According to the information of “Sabail” received “Kepaz” in the first match of the day.

The match at “ASCO Arena” ended with a 4:1 victory for the representative of the capital. The guests opened the score in the meeting. Afran Ismayilov scored in the 11th minute for Ganja club.

The home team’s goals were scored by Goba Zakpa in the 51st minute, Franko Mazurek in the 55th minute, Agabala Ramazanov in the 74th and 90+4 minutes.

Rauf Aliyev was sent off the field in the 70th minute and Tural Akhundov in the 90th + 3rd minute.

Having won its first victory, “Sabail” increased the number of points to 4. “Denizchiler” shares the 5th-7th places with “Turan Tovuz” and “Zira”. “Kepaz”, which lost all 4 matches, ranked 10th.

It should be noted that in the other game of the day, the last champion “Karabakh” will host “Shamakhi”.

An incident occurred in the opening match of the third round of the Azerbaijan Premier League between the team of the same name and "Sabail" ... Read More

Today, the fifth round of the Azerbaijan Premier League will be concluded. According to "Report", two matches will be held on the last game day. ... Read More

Two more games of the IV round will be held today in the Azerbaijan Premier League for football. According to "Report", "Sabail" will host "Kepaz" ... Read More