Russian opposition MP: “Putin has brought the country to a dead end” 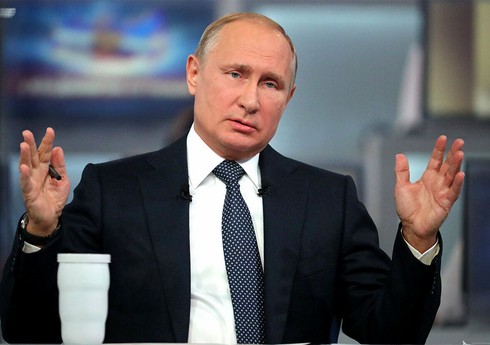 “Russian President Vladimir Putin has put Russia in a desperate situation, condemned it to poverty and deprived it of its future.”

“Report” It is reported that the well-known Russian opposition politician Ilya Yashin said this in an interview with the BBC before his arrest.

“If I didn’t believe in change, I would have given up a long time ago and started doing something else. If we win this fight with mind and heart, then the country will have a chance to get rid of the Putin junta,” he said.

It should be recalled that Ilya Yashin spoke against the war started by Russia in Ukraine. He is a deputy of Krasnoselsk district of Moscow city. On July 22, the Ministry of Justice of Russia added Maxim Kats, actress Tatyana Lazareva, media manager Veronika Belotserkovskaya, Ruslan Shadeddinov to the list of “foreign agents”. Ilya Yashin gave this interview before his arrest.

The fire in Zagatala has been brought under control

The fire that occurred in the forest area in the highlands of Yukhari Tala village, Zagatala district, has already been fully controlled, and cooling works ... Read More

Electric taxis were brought to Nakhchivan

Electric taxis were brought to Nakhchivan. “Report” informs that the purchase of 6 new electric buses and placing them on the route lines in Nakhchivan ... Read More