Russia launched a missile attack on the Dnieper, killing 3 people and injuring 15 people 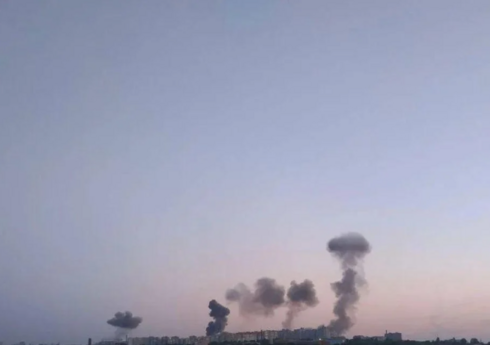 3 people were killed and 15 people were injured as a result of a rocket attack by the Russian military on the city of Dnipro, Ukraine.

“Report” according to the report, Valentin Reznichenko, the chairman of the Dnepropetrovsk regional military administration, informed about this on the telegram channel.

He noted that the rockets hit the industrial enterprise and the street next to it. Reznichenko noted that the indicators of this Russian attack are preliminary information.

The head of the regional military administration said that the extent of the destruction is being determined.

The death toll has reached 43 after Russia's missile attack on the Ukrainian city of Chasovoy Yar. "Report" reports that the State Service of Emergency ... Read More

We consider any manifestation of violence against diplomatic missions and their personnel in connection with the attack of extremists on the embassy of the Republic ... Read More

NEWER POST18 cooperation agreements and memorandums were signed between Saudi Arabia and the United States
OLDER POSTThere was a plane crash in Russia, there are people who died