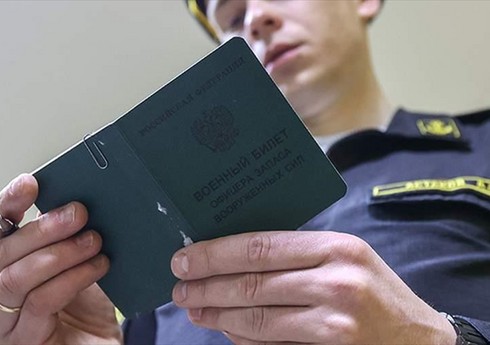 By the decision of the President of Russia Vladimir Putin, the Criminal Code was amended to increase the punishment period for crimes during mobilization and martial law to 15 years.

“Report” reports that the change envisages up to 10 years of imprisonment for servicemen who voluntarily surrender.

This period will also be applied for refusal to participate in military operations.

It should be noted that on September 21, Russian President Vladimir Putin signed an order on partial mobilization.

The former “Liverpool” player was sentenced to 8 years in prison

Leighton Maxwell, former football player of the English "Liverpool" club, was sentenced to 8 years in prison. "Report" "The Sun" reports that the veteran midfielder ... Read More

"The murder of Ukrainian defenders in Olenivka is a deliberate act of terrorism." “Report” reports that this was announced by the General Intelligence Service of ... Read More

Azerbaijani activists who were detained in the protest actions held in the city of Malikan, East Azerbaijan province of Iran, started a hunger strike. “Report” ... Read More

NEWER POSTOmbudsman of Ukraine: “None of those in captivity have seen a representative of the ICRC”
OLDER POSTProtests against the “referendum” are taking place in Ukraine