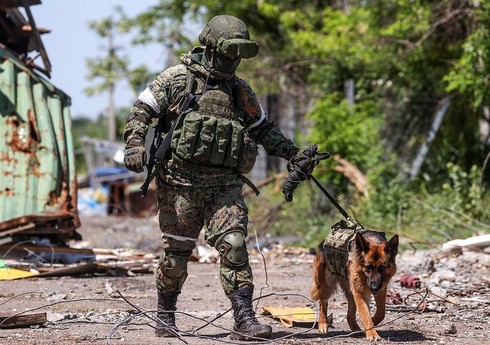 The Russian military attacked the Dnepropetrovsk region of Ukraine.

About it “Report” He reports with reference to the Ukrainian press.

According to information, the Russian military launched a rocket attack on the railway station of the Chaplino settlement of the province. As a result of the strike, 15 people died and 50 people were injured.

The President of Ukraine Volodymyr Zelenskiy confirmed the information.

“When I was preparing to make this appeal, I received information that Russia organized a rocket attack on the Dnepropetrovsk region, the railway station, and the carriages at the Chaplino station – currently four passenger carriages are on fire. Currently, at least 15 people have died and about 50 people have been injured. Rescuers are working. But unfortunately, , the death toll may still increase,” Zelensky stressed.

He added that “this is how Russia prepared for this session of the UN Security Council.”

It should be recalled that Zelenskiy warned the citizens of the country yesterday about the possible heavy blows of Russia on the Independence Day. “Ukrainians are advised to observe safety rules on the country’s Independence Day and not to ignore air raid signals, as Russian invaders may launch harsh attacks. Tomorrow (today-ed) is an important day for all of us. And that’s why today, unfortunately, is also important for our enemy. We should know that tomorrow Russia’s disgusting provocations and cruel strikes are possible,” the head of state said.

At least 3 people died as a result of a collision between passenger and freight trains in the central part of Croatia. About it "Report" ... Read More

Russia launched a missile attack on the Dnieper, killing 3 people and injuring 15 people

3 people were killed and 15 people were injured as a result of a rocket attack by the Russian military on the city of Dnipro, ... Read More