Ronaldo announced when he will play for Manchester United 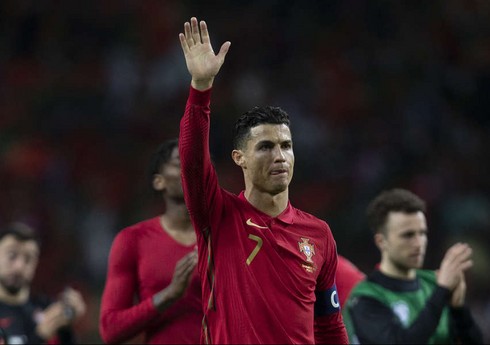 Cristiano Ronaldo, the Portuguese striker of England’s “Manchester United” football club, announced that his team will participate in a friendly match with Spain’s “Rayo Vallecano”.

“Report”according to the information, the attacker wrote about this in his account on the social network.

The meeting will take place on July 31 at Old Trafford, the home stadium of the Red Devils.

The forward wrote that Manchester United players who flew to Oslo for Saturday’s friendly against Atletico Madrid were not on the list.

AEBA announced that the dialogue with Iran has been resumed

The head of the International Atomic Energy Agency (AEBA), Rafael Grossi, announced that the dialogue on security measures with Iran has been resumed. “Report” reports ... Read More

Neymar announced his decision about PSG

Neymar, the player of the Brazilian national team, has made his decision regarding the French PSG, where he is currently playing. "Report"according to the information, ... Read More

The squad of the Azerbaijani national team of young boxers for the European Championship, which will start on September 27 in Montesilvano, Italy, has been ... Read More