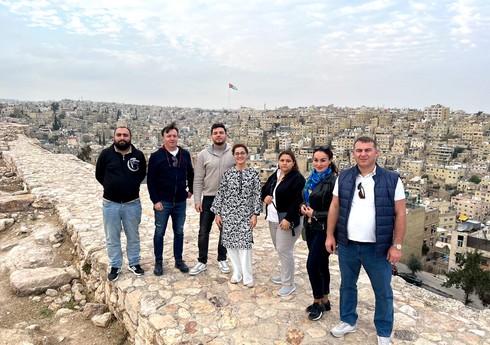 At the meeting held between the members of the Association of Azerbaijan Tourism Agencies (ATAA) and the representatives of the tourism industry of Jordan, the issues of promotion of tourism opportunities and tourism products of our country and establishment of mutual cooperation between the tourism entities of the two countries were discussed.

About it “Report”a was informed by ATAA.

At the meeting organized by the Association of Tourism Agencies of Azerbaijan and the Embassy of the Hashemite Kingdom of Jordan in Azerbaijan and with the support of the Jordanian Tourism Bureau, ideas were exchanged on the strengthening of partnership relations, the creation of joint cooperation with the aim of increasing tourist attraction, and the expansion of mutual communication relations.

At the meeting, ideas were also exchanged on the preparation of joint projects, exchange of experience, organization of information tours for the purpose of familiarization and other issues.

Within the framework of Infotur, a visit to the ancient Jordanian city of Jerash, including the capital city of Amman, was organized for ATAA representatives, where information was provided about the tourism potential and products.

The International Center for Sports Research (CIES) has announced the football championships with the most scoring opportunities and the most goals per game. "Report" Citing ... Read More

The head of the UN Settlement Program will visit Azerbaijan

The Embassy of Azerbaijan in France demands that French authorities take appropriate measures after the attack on the embassy building in Paris by Armenian fanatics ... Read More