Renat Dadashov scored another goal in the Swiss club 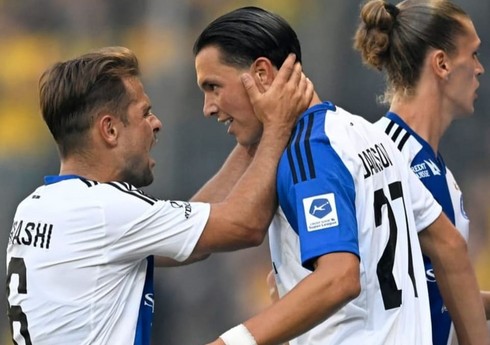 “Report”according to the information, the 23-year-old striker stood out against Lucerne in the match postponed from the first round of the Swiss Super League.

In the 38th minute, the forward found his way to the opponent’s goal and was the author of the team’s equalizing goal.

It should be noted that there is a break in the match at the moment. After the first half, the score is 1:1.

David Garayev, a football player of the Russian "Torpeda" club, can play in the main national team of Azerbaijan. "Report"according to the information, the 27-year-old ... Read More

NEWER POSTCanadian MFA: We declare our commitment to strengthening relations with Azerbaijan
OLDER POSTCreditors have agreed to freeze Ukraine’s foreign debt payments until 2024