Rashad Sadigov: “They should appoint more experienced judges to VAR” 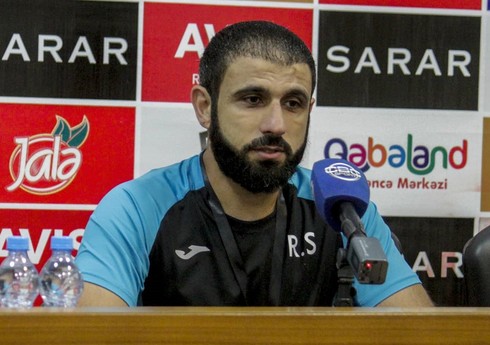 “I said last year and I felt that there will be bigger problems after the arrival of VAR. This has been proven.”

“Report”According to the information of “Zira”, the head coach of “Zira” Rashad Sadigov said this at the press conference after the third round game of the Azerbaijan Premier League, where they drew with “Sumgait” without a goal.

The 40-year-old expert objected to stopping the match for six minutes due to VAR: “The head referee was not shown the moment before that episode. After all, it does not need science. Is it possible to stop for six minutes according to VAR? It is the 80th minute and the end of the match. You take a break for 6 minutes. , the opponent is also trying. We had an advantage until VAR, after that “Sumgyat” launched a counterattack. Something must be decided. VAR should not be allocated more than 2-3 minutes. After that, it becomes difficult to create an advantage.”

Sadigov requested the appointment of more experienced referees to VAR: “Chief referee Ravan Hamzadade said that I saw the touch on the player. But the VAR referee said to go see for yourself. It would be good if more experienced referees were appointed to VAR, because they play a decisive role. They cause the meeting to stop for so long. One feels what awaits us in the upcoming rounds.”

The head coach added that he did not exaggerate some mistakes of the referees: “Such episodes happen a lot. Why didn’t the referee in VAR delay the episode for a second? You need to look at it as well. He himself sat in VAR. It was as if that episode was cut with a ruler. There were injustices last season. There were referee mistakes, but we do not exaggerate. I have been in football for 30 years and sometimes there are episodes when you see that the referee can make a mistake. But what was Ravan Hamzazade talking about for six minutes? I could hear what he was talking about. But the VAR referee demanded that let him go and watch the repeat of the episode”.

Last season there were injustices.

"I came here thanks to the head coach of the team, Rashad Sadigov. He was the captain of the Azerbaijan national team for many years ... Read More

"Nijat Ismailli, who controls the VAR system, did a very good job." "Report"According to the information of AFFA Referees Committee Chairman Barysh Simsek, in the ... Read More