Rada deputy: Ukrainian grain will be exported through three ports 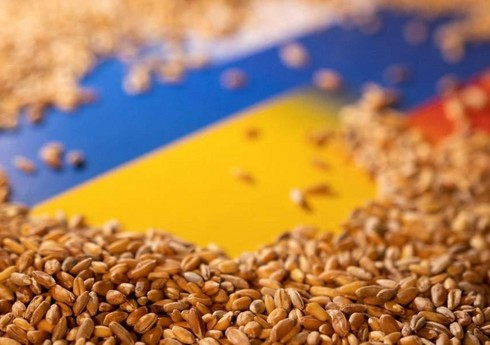 “According to the Ukrainian grain export plan tentatively agreed in Istanbul last week, the export will be carried out through three ports of Ukraine and will be managed by a group under the auspices of the UN.”

According to “Report”, Rustam Umerov, a member of the Ukrainian delegation at the talks with Russia, deputy of the Verkhovna Rada, informed the local press about this.

“Exports will go through three ports: Odessa, Yuzhny and Chernomorsk, but we hope to be able to expand them in the future. All recommendations of the Navy and the armed forces must be followed,” he said.

The deputy noted that all civilian ships will be able to enter Ukrainian ports on agreed safe routes: “We will sell grain to everyone. And all ships that can freely follow these recommendations can approach us.”

R. Umerov stressed that the monitoring group operating under the UN in Istanbul will monitor compliance with security rules, and Russia will not influence this process.

It should be recalled that as a result of the Istanbul meeting held on July 18, an agreement was reached on the preparation of a final written document on joint control in ports and security on the routes of grain-carrying ships.

The Deputy Prime Minister of Russia will visit Azerbaijan today

Alexey Overchuk, Deputy Prime Minister of the Russian Federation, will visit Azerbaijan today. “Report” reports that the purpose of the visit is to participate in ... Read More

Houses of deputy ministers were searched in Ukraine

The employees of the National Anticorruption Bureau of Ukraine searched the homes of two deputy ministers - the heads of the Ministries of Agrarian Policy ... Read More

Deputy Minister: “Carriers are not interested in new routes”

Azerbaijan's transport companies are not interested in new routes. "Report" reports that this was stated by the Deputy Minister of Digital Development and Transport Rahman ... Read More

NEWER POSTThe EU allocated another 500 million euros for the purchase of weapons to Ukraine
OLDER POSTToday, DİM will hold entrance exams for I and IV specialty groups