“When the Civil War started, I was in military service. From there, I participated in active battles as part of the intelligence unit.”

This “Report”23-year-old veteran of the Patriotic War Elvin Rasulov said in his statement.

He said that he actively participated in the battles of Fuzuli, Jabrayil, Khojavand, Hadrut and Dashalti.

“I was wounded as a result of fire from an enemy’s mortar while performing a combat mission in Daşalti, Topkhana forest. The enemy, locating the support group coming behind us, opened fire on them. We were given the task to carry out the task after removing the wounded and martyrs from the battlefield. Right there, I was injured when I was carrying a wounded soldier out of the area on my shoulder. Fortunately, my injuries were not too serious. True, I was in danger of losing my leg, but thanks to the doctors, it was decided to keep it. I have been operated three times. I have a mile in my leg right now. I don’t want to remove it because my bone is weak and I want to keep memories of those days.” 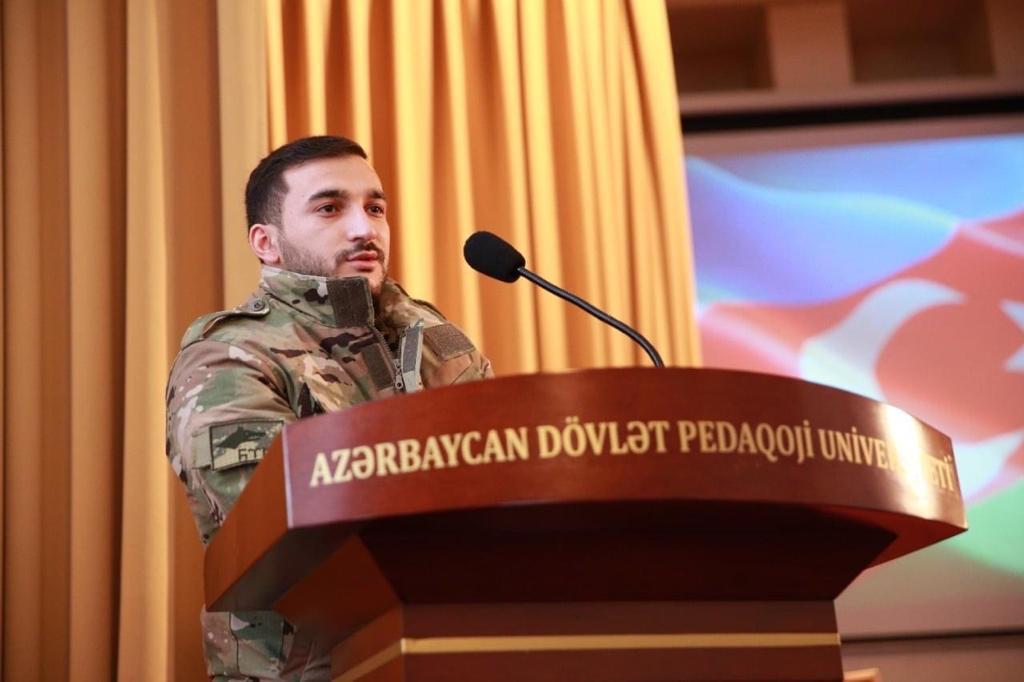 Elvin Rasulov is disabled of the III group and got a job after the ceremony:

A fire started in the mountainous forest area in Gabala

A fire started in the mountainous forest area in Gabala. "Report" Referring to the Ministry of Emergency Situations (MES), it is reported that the fire ... Read More

France is in favor of the demilitarization of the area around the Zaporozhye NPP. "Report" informs that the Minister of Energy of France, Agnes Panier-Ryunache, ... Read More

NEWER POSTXII International Multiculturalism Summer School will be held
OLDER POSTThe women’s national team of Azerbaijan, which will compete in the Chess Olympiad, has started gathering in Baku