PSG started the new season with a convincing victory over Clermont 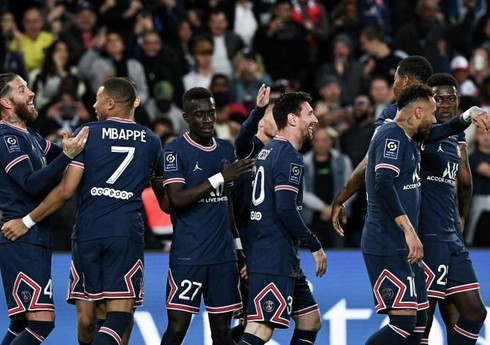 In the first round of the French First League, “Paris Saint-Germain” (PSG) football team met “Clermont” away.

“Report” reports that the meeting ended with a convincing victory of the guests with a score of 5:0.

PSG took the lead at the very beginning of the match – Brazilian forward Neymar scored in the 9th minute. In the 26th minute of the match, the visitors strengthened their advantage with a precise strike by Ashraf Hakimi, and in the 38th minute, with the effort of Marginhos, they brought the score of the first half to a shocking score – 3:0.

Towards the end of the second half, Lionel Messi scored twice: the Argentinian found his way to the opponent’s goal in the 80th and 86th minutes of the game and made the final score – 5:0.

PSG will play their next game on August 13 at home against Montpellier.

PSG plans to extend the contract with Messi

The second round of the UEFA Champions League group stage has been concluded. According to "Report", Italian "Napoli" defeated "Rangers" in Scotland in Group A. ... Read More

French PSG football player Eric Junior has extended the contract with Dina Ebimbe. "Report" Referring to the official website of the representative of the capital, ... Read More