Protests against the “referendum” are taking place in Ukraine 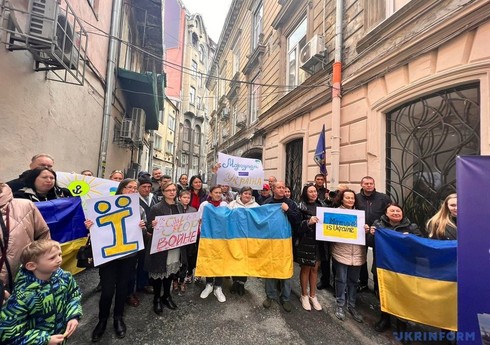 Actions against “referendums” were organized in different cities of Ukraine.

“Report” “Ukrinform” reports that the participants are holding a rally with the slogan “Mariupol is Ukraine”.

Marches continue in Lviv, Kyiv, Odessa, Ternopil and other cities.

It should be noted that since yesterday, a “referendum” is being held in the occupied territories of Ukraine to join Russia. Voting will continue until September 27.

NEWER POSTRussia imposes a prison sentence of up to 15 years for desertion
OLDER POSTMahammad Adiyev: “The victory of the Azerbaijani national team over Slovakia was not a surprise”