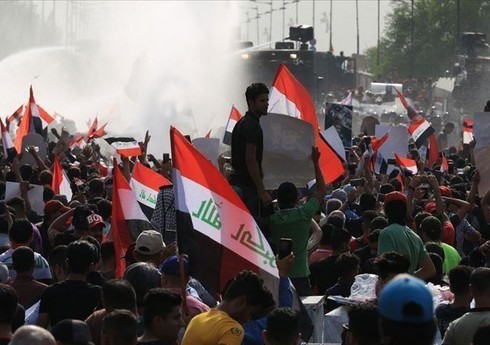 Dissatisfied with the nomination of Mohammad al-Sudani for the post of prime minister in Iraq, demonstrators entered the parliament building.

“Report” “Shafaq” agency reported on this.

Protesters were able to enter the specially guarded “Green Zone” in the center of Baghdad, where government offices and embassies are located, as well as the international airport, which is adjacent to the military airfield.

The building in Jalilabd, where about 100 residents live, is in a state of disrepair

A two-story residential building built 43 years ago in the city of Jalilabad has fallen into disrepair. About it "Report"The residents of the building informed ... Read More

An apartment building is on fire in Yevlakh

A multi-apartment residential building is on fire in Yevlakh district. "Report"According to the information provided by the Karabakh office, the incident was registered at 3A, ... Read More