Prime Minister of Greece: “Commissioning of IGB is a special event for Europe” 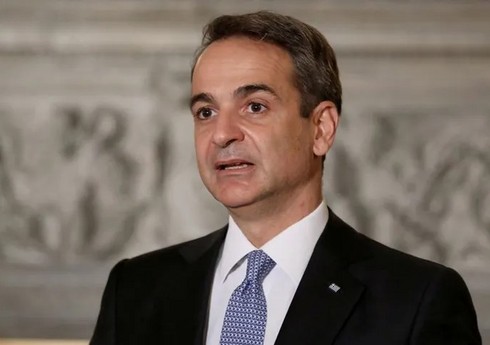 “The commissioning of the Greece-Bulgaria Interconnector (IGB) is a special event not only for the parties involved in the project, but also for Europe as a whole.”

“Report” reports, the Prime Minister of Greece Kyriakos Mitsotakis said this at the opening ceremony of the Greece-Bulgaria Gas Interconnector (IGB) in Sofia.

“The commissioning of IGB is a special event not only for South-East Europe, but for the whole of Europebecause it significantly increases energy security and the reliability of natural gas transportation to both the Balkan Peninsula and other countries of the continent,” he said.

“As the President of Azerbaijan Ilham Aliyev noted, the IGB gas pipeline will transport natural gas from Azerbaijan to Bulgaria and weaken Bulgaria’s dependence on Russian gas. This, together with other infrastructure projects implemented in the region, will allow creating a reliable gas supply network,” – K. Mitsotakis emphasized.

The Prime Minister of Greece previously pointed out that many doubted the implementation of the IGB project.

Gas prices in Europe closed the auction with an increase of 1.3 percent

In Europe, gas exchange prices increased by 1.3% on Friday's trade and amounted to about $1,125 per thousand cubic meters. “Report” informs that this was ... Read More

The strongest drought of the last 500 years is observed in Europe. The Loire, the largest river in France, is already completely dry in some ... Read More

"Europe is ready for Russia's energy blackmail. "The European Union is confident that they will be able to withstand the possible discomfort in light of ... Read More