Poland and the Czech Republic will control Slovakia’s airspace 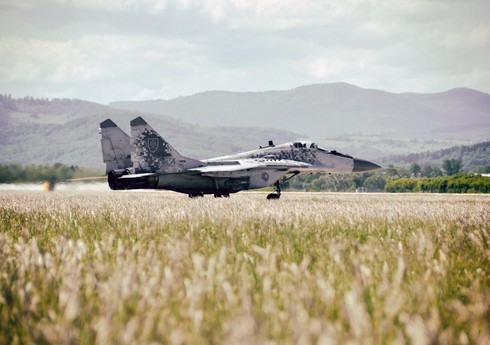 Poland and the Czech Republic will control Slovakia’s airspace.

“Report” informs about this with reference to “Reuters”.

According to the agreement signed by the two countries with Slovakia, Slovakia’s airspace will be closed after the decommissioning of MiG-29 fighters.

Bratislava will decommission its Soviet-made MiG-29s and hand them over to Ukraine.

The contract is valid from September.

Instead of MiG-29s, 14 new American-made F-16 fighters will be delivered to Slovakia. The contract for the supply of F-16s was signed in 2018.

A US Federal Bureau of Investigation (FBI) investigation has found that Chinese-made mobile communications equipment located near the country's key military facilities could intercept the ... Read More

The fire in Zagatala has been brought under control

The fire that occurred in the forest area in the highlands of Yukhari Tala village, Zagatala district, has already been fully controlled, and cooling works ... Read More