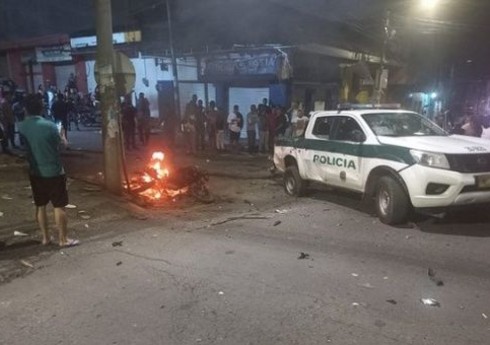 At least one person died and 13 others were injured as a result of an explosion in the city of El Bordo in the Cauca department in southwestern Colombia.

According to preliminary information, there are 6 injured among the employees of the law enforcement agency.

Currently, police patrols in the city have been intensified, and many residents have stayed at home. Authorities are investigating the incident, so far it has not been possible to determine the involvement of any of the illegal armed groups in the incident.

The new President of Colombia has taken office

In Colombia, Gustavo Petro, who was elected as the President of the country from the "Historical Pact" coalition of leftist parties, began to exercise the ... Read More

A terrorist attack has been committed in Colombia, there are dead and injured

Two people died and three others were injured as a result of an explosion in Canasgordas province of Colombia. Referring to the foreign press, "Report" ... Read More

NEWER POSTThe trade turnover between Azerbaijan and Russia increased by 17.1 percent in the first half of the year
OLDER POSTTurkey has warned Sweden and Finland about NATO membership